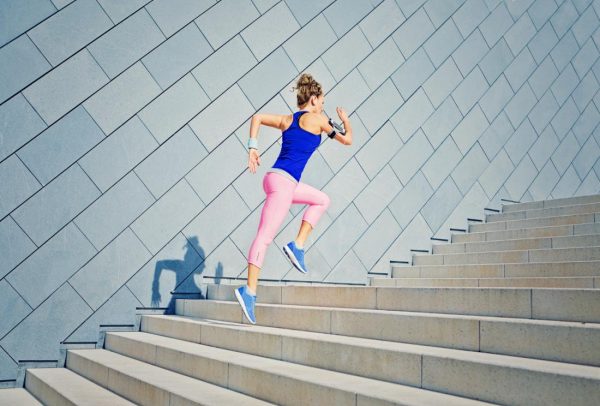 A new study that examined data from almost 34,000 people has found that as little as 1 hour of exercise each week, regardless of intensity, can help to prevent depression.

Depression is a very common disorder, affecting around 6.7 percent of adults in the United States per year. The economic burden of this disease was estimated to be $210.5 billion in 2010 alone. At a global level, the World Health Organization (WHO) calculates that more than 300 million people live with the disorder.

Treatments for depression usually involve medication, psychotherapy, or cognitive behavioral therapy, or a combination of these approaches.

Recently, Australia-based not-for-profit group Black Dog Institute, who offer support to people with mood disorders, launched a 1-month campaign encouraging people to exercise. They suggest on their website that regular physical activity can help to prevent and treat depression.

This is supported by research conducted by scientists from the Black Dog Institute in collaboration with colleagues from other institutions worldwide, including universities and health institutes from the United Kingdom, Australia, and Norway.

The study – led by Prof. Samuel Harvey, from the Black Dog Institute – analyzed data collected from 33,908 Norwegian adults who were followed over a period of 11 years.

As Prof. Harvey explains, “We’ve known for some time that exercise has a role to play in treating symptoms of depression, but this is the first time we have been able to quantify the preventive potential of physical activity in terms of reducing future levels of depression.”

“These findings,” he adds, “are exciting because they show that even relatively small amounts of exercise – from 1 hour per week – can deliver significant protection against depression.”

The results were published in the American Journal of Psychiatry.

The researchers analyzed data collected through the Nord-Trøndelag Health Study (HUNT), which is one of the largest population studies to date. The data collection and participant follow-up for HUNT took place between 1984 and 1997. First, healthy participants were recruited and required to self-assess their physical activity status, including how often they exercise, and how intensely. Three different levels of intensity were reported: mild-intensity exercise that was not followed by breathlessness or sweatiness, moderate intensity activity that produced breathlessness and sweatiness, and most intense exercise followed by physical exhaustion.  Later, the participants were given a self-assessment questionnaire – the Hospital Anxiety and Depression Scale – and asked to report any developing states of depression or anxiety. Confounding variables – including the participants’ socioeconomic status, alcohol and substance use, body mass index (BMI), new physical illnesses, and how well supported they felt on a social level – were also adjusted for to ensure the consistency of the results.

It was found that those who did not engage in any physical exercise to begin with were 44 percent more likely than their peers who exercised for 1 to 2 hours each week to develop depression.

The protective effect of exercise was also observed, regardless of its intensity. “Most of the mental health benefits of exercise are realised within the first hour undertaken each week,” explains Prof. Harvey.

“With sedentary lifestyles becoming the norm worldwide, and rates of depression growing, these results are particularly pertinent as they highlight that even small lifestyle changes can reap significant mental health benefits,” he adds.

At the same time, however, the researchers did not note any benefits in the case of anxiety, as they found no link between physical exercise and whether or not participants developed this condition.

The authors conclude that around 12 percent of depression cases might have been prevented if the participants had done at least 1 hour of physical exercise per week.

“We are still trying to determine exactly why exercise can have this protective effect, but we believe it is from the combined impact of the various physical and social benefits of physical activity,” says Prof. Harvey.

He also emphasizes the importance of this study’s results in forming better health policies in the future, saying that only small adjustments to people’s lifestyles would be needed, enough to include a manageable amount of exercise.

“If we can find ways to increase the population’s level of physical activity even by a small amount,” he concludes, “then this is likely to bring substantial physical and mental health benefits.