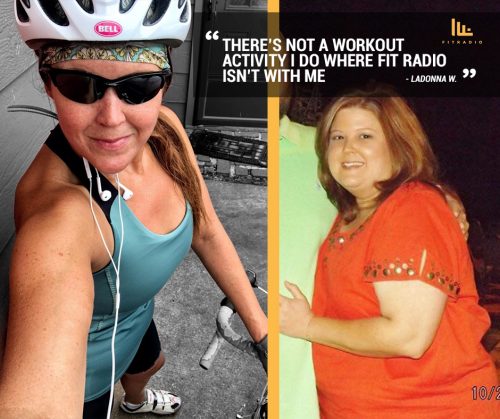 My name is LaDonna Willis. I turned 40 this year and am a wife, mother, and recently became a “Gramma” to the most beautiful grandson in the whole world! When I’m not working as a rural health clinic administrator, I enjoy family time, reading, wine, the outdoors, and working out. I’ve not always considered myself to be athletic; that mindset began the year I turned 35.

My journey to health and wellness began when I was forced to buy a 3xl sweatshirt in the fall of 2012. That was the game changer. I weighed 236 on a 5’5” frame. I cried. I was angry at myself. What was the next year going to be: a 4x purchase and where would it end? It took me a few weeks of wallowing in self-pity and sadness, but I finally raised my eyes to the mirror and said to myself, “You got yourself here and nobody can change it but you!” 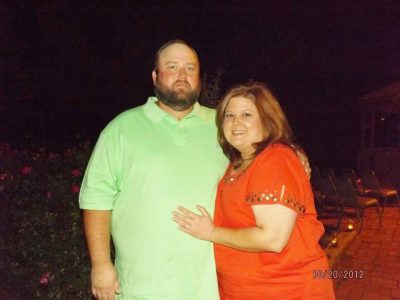 I decided that January 1, 2013, was going to be the day I started over with food choices and physical activity. I drank my last soda and sweet glass of tea on 12-31-12. I’ve not had either one since and that’s a personal choice I made, but absolutely two things I’ve never reintroduced to my diet. I used to drink sweet tea from morning until night, daily, with a soda a day somewhere in between, so that was a huge step for me.

Next, I added movement. I committed to the gym 3 days per week and most days it took everything I had just to walk for 30 minutes on the treadmill. I cut my daily calories and began to make healthier food choices. Before I knew it, I was shedding pounds which motivated me to want to hit the gym 5-7 days per week. Walking turned to jogging; jogging to sprint intervals.

A few months passed and I was no longer satisfied with the treadmill. I was bored, but I knew I didn’t want to stop there, so I took my jogging legs to the track. The track is a scary place when all your memories of it are of your friends showing their athletic abilities in that arena. Surely if I visited there and attempted to run, I’d look like a fool and fail at what came so easily to them. I went anyway. 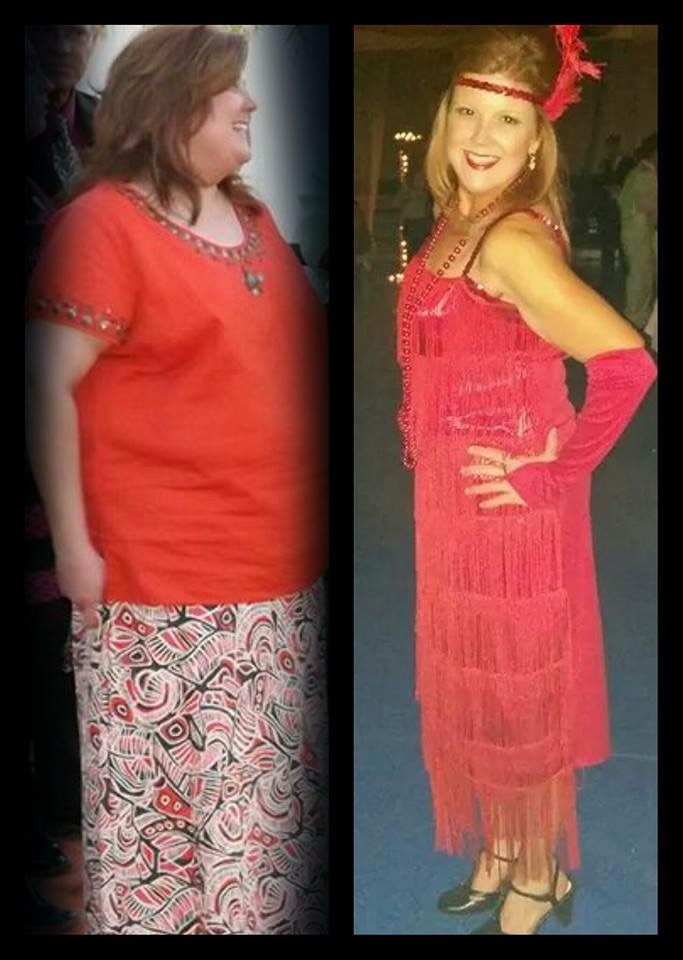 Pictured in the before and after pic (above), let me tell you about the person on the left: she was depressed, tired, only interested in things she had to be…went from work to home and her son’s activities only, avoided crowds, and the public as much as possible. Shyed from mirrors, wore jackets over most everything, even in summer. She used food for comfort all the time: food doesn’t need anything from you when the rest of the world is so demanding!!

To get to the person on the right, it took sheer mental will and discipline. More mental than most people care to fight, but I am proud to say I did this on my own: no surgery. Tons and tons of cardio. I fought that little voice at every stage of the game; the one that said things like, “You can’t run, you can barely walk a mile. You can’t run 4 laps around the track, you’ll never finish that 5k; you can’t ride your bike from town to Tell, TX, and back, you can’t compete and finish that duathlon; you can train for that half marathon but you’ll never actually run 13.1 miles.”

The woman on the right succeeded at every one of those things! I had to fight that mental game the entire way and it was more difficult than the physical conditioning. I had to say no to every food temptation and choose the healthy stuff when I really just wanted the chips and salsa and the ice cream and the bread and tortillas. I had to use water to trick my brain into thinking it was satisfied… when water was the last thing I wanted more of!!

I have friends who’ve supported me on this journey, whether it was joining me for a cardio video, catching a bike ride, or hitting the pavement with me for the 267 miles I logged in 2013. I earned a new title that year-“runner” and I’ve never felt such great accomplishment before or since! 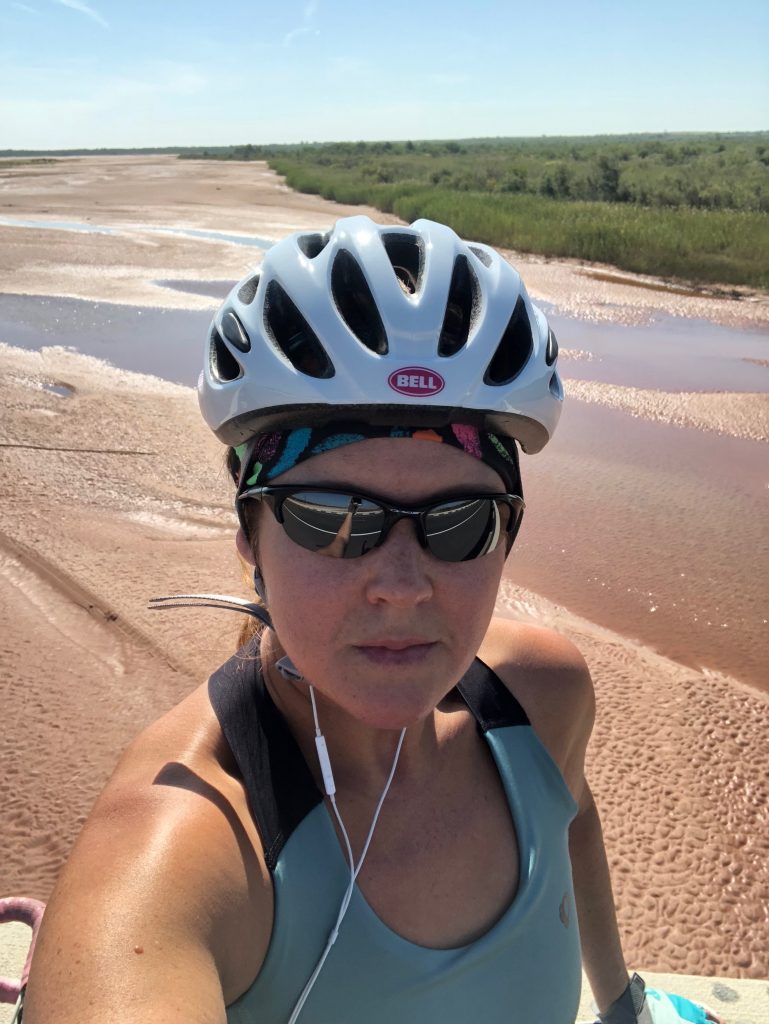 It wasn’t until about a week after the half that I discovered Fit Radio. I don’t even remember how I came across it, but I think I had a 30-day free trial but I knew I was going to buy a subscription within the first two uses! I cringed thinking about all the hours I’d trained with “the other station” during the previous year! I’ve been a loyal subscriber ever since.

Nearly six years have flown by and I’ve maintained my weight loss and healthy lifestyle. There’s not a workout activity I do that Fit Radio isn’t with me. I’m active 6 days per week. I continue to run, cycle, CrossFit, Insanity, Yoga, and some days I even slow things down to stroll my grandson all over my little hometown. He enjoys Fit Radio tunes as well! I’m thankful I’m healthy enough to be active with him. I’m going to teach him how to run as soon as he learns to walk! 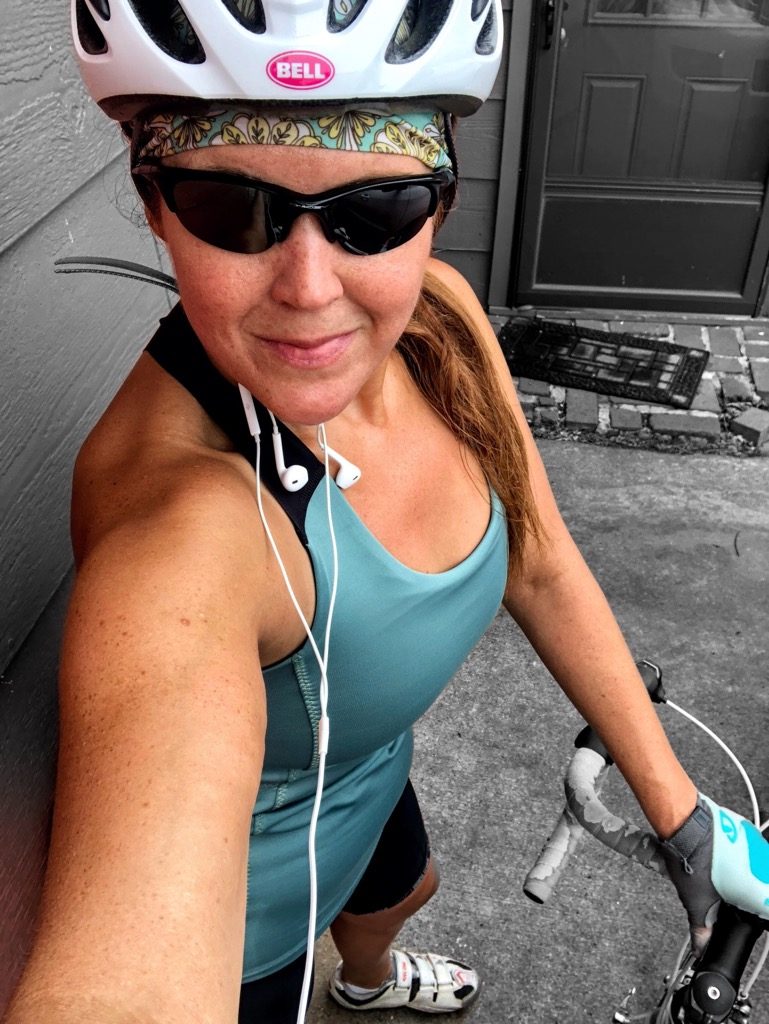 Recently, I’ve most enjoyed Coach Maria and Coach Bianca helping me grind out my pace goals using the Outdoor Runs feature. When they say “Vamos!” or “I see you working hard…!” their voices and encouragement inspire me to keep pushing. Before Fit Radio Coaches it was just my own voice in my head, so it’s super cool to hear someone else cheering me on instead!

I’ve also recently loved the Yoga and pre and post workout stretching routines within the app. Coach Taryn & Coach Keisy have easy to follow instructional photos that both flow so smoothly with the music. I press play and they help me get ready or recover from Coach Maria and Coach Bianca. 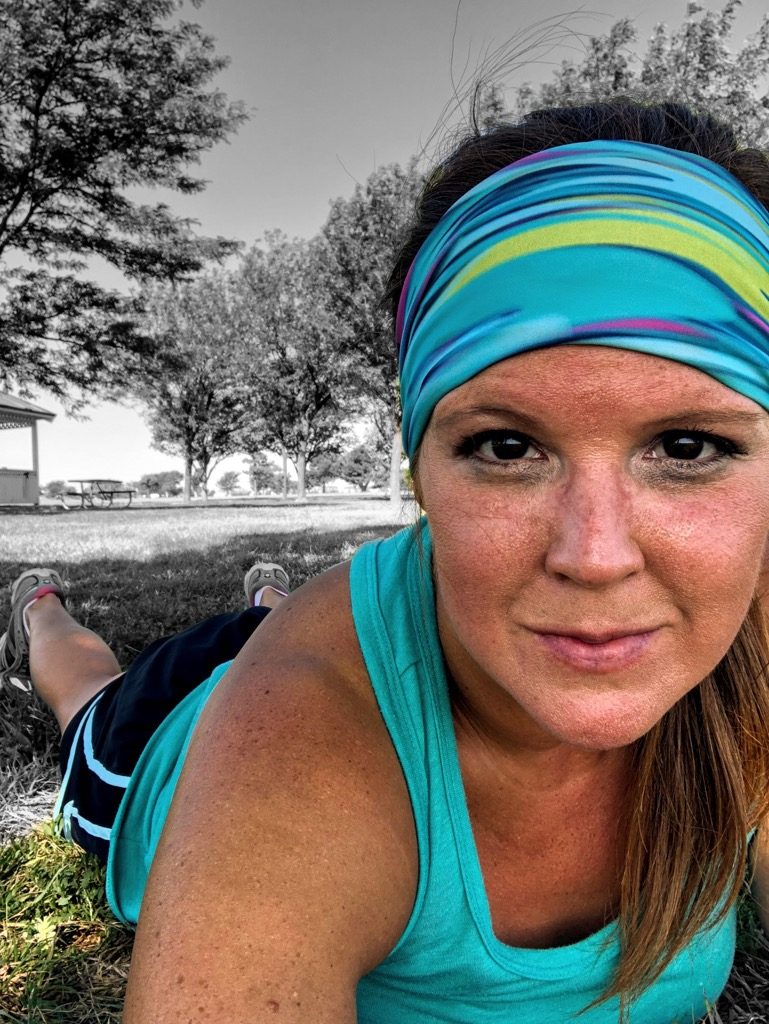 I haven’t listened to a DJ on Fit Radio that I haven’t enjoyed, but some of my favorites are DJ Rolemodel, DJ Miss M, and Fusemania. They are masters at their craft! If they only knew how much I rely on their beats to keep my feet pressing onward and upward. How their jams inspire me to never quit!

My mantra is, “Be consistent and intentional every day.” Nobody else can do it for you. I also try to instill in others that it’s never “too late” to change the course of your health.

I encourage everyone I know in my social and fitness circles (and I have several since I’m into so many activities) to get a Fit Radio subscription. I love to show them the app and share what it can do to help get newbies started down a path I wish I’d known about when I first started my fitness journey. Fit Radio continues to be my best friend for all the miles I log every year! 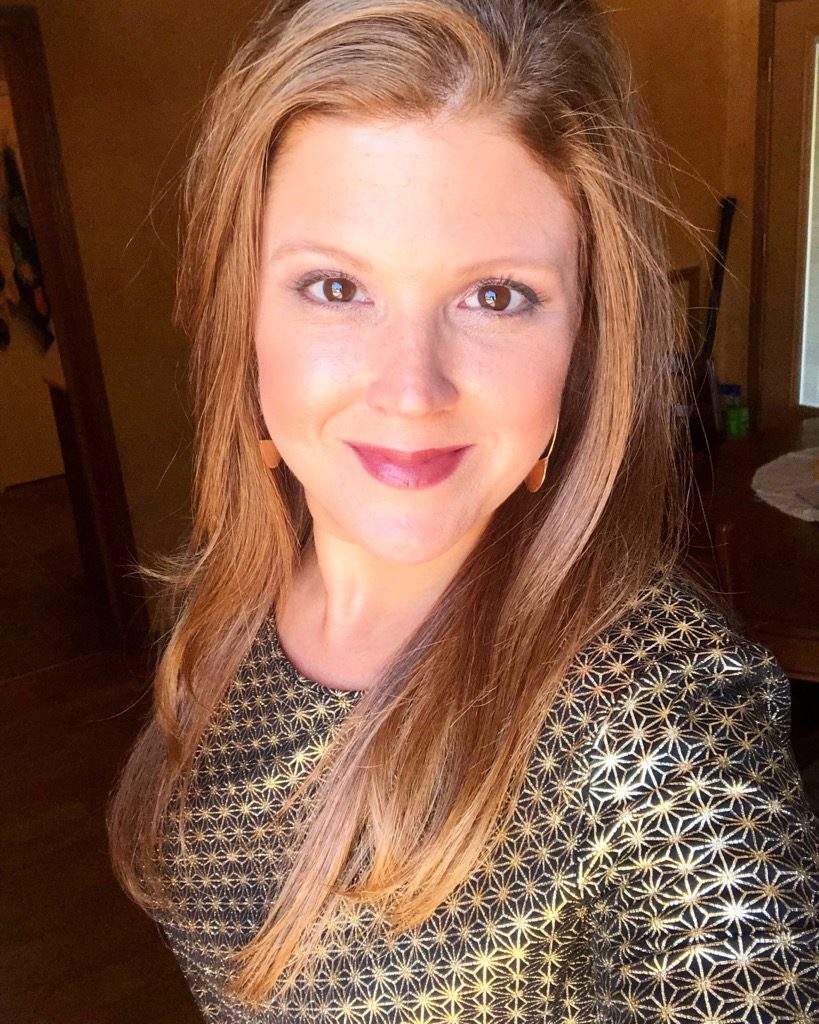