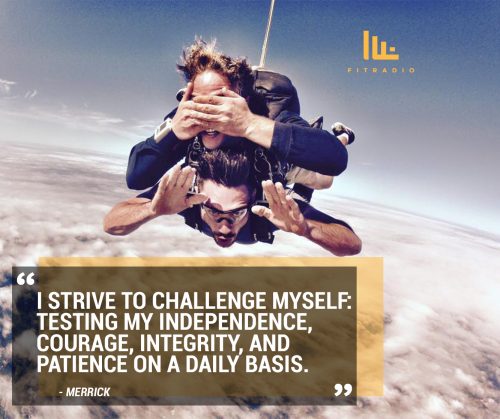 Is your new year’s resolution to travel more? Fresh from a 12-month long world adventure, Fit Radio DJ Merrick is breaking down his tips.

END_OF_DOCUMENT_TOKEN_TO_BE_REPLACED

Hey everyone! Let’s talk about using FIT Radio for purposes other than working out. There are the obvious ones like listening to music while you clean, plugging it into your car stereo while you drive, or listening to it at your desk with headphones while working. If your boss says anything, you can throw back something that one of my bosses told me years ago, listening to techno/house music while working keeps you focused and working faster. I don’t know the source, but I’ve tried it and I know it’s true.

One of my new favorite uses for FIT Radio is playing games. Most games have some sort of soundtrack that, in my opinion, is repetitive, horrible, and get’s turned off immediately. When was the last time you left the music on in Angry Birds? Try breaking down buildings to some Heavy DubStep or make a record breaking Temple Run to some EDM. You reach that point where the music matches the game and you enter that zen state where you can do no wrong. It’ll change your gaming world!

Next time you have a couple of free minutes, Give it a Try! Let us Know on Facebook, Twitter, or in the Comments what games you like to play with FIT Radio providing the soundtrack.

FIT Radio flew DJ Ri (pronounced rye) and Craig Smoove to Atlanta back in December to spin at one of the Top 3 Nightclubs in the country, Opera Nightclub. A little bit during and after their set, FIT Radio’s Music Director, Chris Rimby, had a chance to hang out with them and said they were pretty cool dudes… we couldn’t agree more! With so much going on like iClub blowing up and a never ending schedule of events to spin, DJ Ri doesn’t let it all get to his head. He is your typical California boy who enjoys kickin’ it at the pier or surfing some waves. And after the interview we found he’s got a bit of an adventurous side to him as well! Read on to discover more about one of our favorite FIT Radio DJs, DJ Ri… END_OF_DOCUMENT_TOKEN_TO_BE_REPLACED