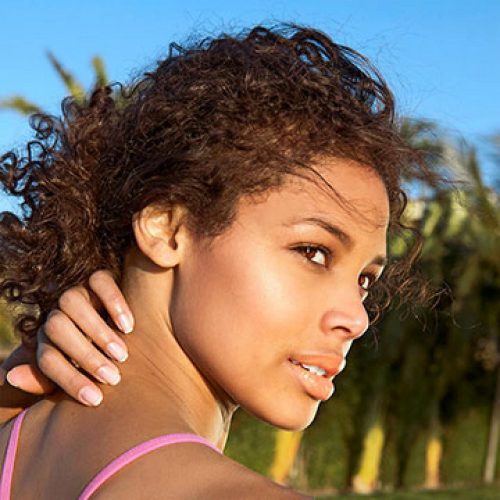 A real pain in the butt (hamstring, ankle, or shoulder) doesn’t have to put your workout routine on ice. Here are smarter ways to ease the aches.

How to Overcome Workout Pains and Injuries

Early last year Megan Brady, 36, signed up for a half-marathon near her town of Waterloo, Iowa, and launched herself into a workout training program. But during a six-mile run five weeks before the big race, she had an uh-oh moment. “My right hamstring suddenly felt tight and started cramping,” says Megan, who put on her game face and kept running. She hoped the pain would go away once she got home, but no such luck. Her leg ached for weeks. “Whenever I stood up, I’d have to limp because I was so sore,” she says. “When I’d start running, the pain would get really intense.”

Megan, an athletic trainer at a local university, knew what the problem was: tendinitis, an overuse injury that would heal only if she rested her muscles for at least a month. “I didn’t have time for that,” she says. “I was determined to do the half-marathon.” On race day she achieved her goal pace of 10-minute miles, “but I was really sore for four days,” she says. “It was three months before my hamstring finally felt normal again.”

We’ve all sucked it up and pushed ourselves through pain to finish a workout. Every year 42 percent of exercisers hurt themselves, a recent study by the American College of Sports Medicine (ACSM) found. Knee pain and sprains as well as strains of the shoulders and upper arms are especially common; they help fuel more than $2 billion in annual sales of over-the-counter pain relievers. “When people begin exercising or try something new, they tend to overdo it, leading to poor technique,” says Windee Weiss, PhD, associate professor in the school of health, physical education, and leisure services at the University of Northern Iowa in Cedar Falls. “As a result, they get muscle strains or soreness so severe that it hurts to move.”

How you react to that pain can affect how intensely you feel it, how long it lasts, and even how well you recover from the injury, new research shows. Typically, whenever you sprain a muscle, fracture a bone, or tear a ligament, pain impulses travel through a network of nerves to the spinal cord, which funnels them to the brain. But because pain signals share some pathways with thinking and emotions, those wires can become crossed, experts say. “Stress and anxiety in particular lower your threshold, so minor pain feels more intense than it normally would,” says Robert Gatchel, PhD, distinguished professor of psychology at the University of Texas at Arlington. People who are overwhelmed are also more likely to put a worst-case spin on pain, playing a mental loop of negative thoughts like “I’ll never overcome this” or “I can’t stand having to deal with it.”

Such thinking can trigger a nasty downward spiral. Studies find that “catastrophizing” pain — imagining the worst and dwelling on it — boosts activity in areas of the brain that relate to pain, creating more distress and worse hurt. In fact, some doctors believe that dreading pain can be more disabling than pain itself. “There’s a self-fulfilling prophesy with pain,” Weiss says, and that’s especially true for exercisers. “You tend to focus on how pain will hinder your workout,” explains Maria Urso, PhD, a research physiologist at the U.S. Army Research Institute of Environmental Medicine in Natick, Massachusetts. “You’ll make a bigger deal out of pain than someone who doesn’t work out regularly, because you’ve got more to lose.”

That’s what happened to Dawn Nida, a 36-year-old bioengineer and lifelong runner in Natick. When Achilles tendinitis recently kept her off roads and trails for a month, Dawn says, it was “the worst four weeks of my life. I’m known as a runner, and if I can’t do that, who am I?”

The good news is that you can learn to quash gloomy thoughts about pain and use your brainpower to feel better. To start, adopt the attitude that most physical aches are nonthreatening. You hurt less when you perceive pain as the body healing itself and getting stronger, research finds. When volunteers in a study at Stanford University thought about pain in a way that made it seem more benign, they were able to reduce it by up to 64 percent. “They came up with unique strategies to change the meaning of pain,” says study leader Sean Mackey, MD, PhD, chief of the pain management division at Stanford. “For example, to produce a cooling effect, one woman imagined little snowflakes landing on her aching shoulder.” Get the same result by picturing your cells making repairs, swell­ing going down, tissues building up, and pain going away. “For five minutes twice a day, close your eyes and visualize that process occurring,” Weiss says. “Along with rest and physical therapy, this can help in­crease the rate of healing.”

When pain strikes, think about your fitness regimen for the past week: Did you increase reps? Up your speed? Start a new workout? “If your activity changed, some pain or soreness will be normal,” Weiss says. Apply ice to the area and take ibuprofen: Over four to five days it produces an anti-inflammatory effect that can reduce swelling and allow tendons to move more freely. Have you been skimping on shut-eye? “When you’re tired, there’s a good chance you’re changing your gait or technique during exercise,” Weiss says. “Get more sleep and you should feel better in two to five days.”

If pain wakes you up at night, feels worse in the morning, prevents you from moving a joint through its full range of motion, or is present when you’re standing still, see your doctor. You may have tendinitis or a stress fracture. “Rest is the only thing that will cure overuse,” Weiss says. Go to the doc right away if you experience any sharp, piercing, shooting, radiating, burning, or searing pain, which may be a sign of nerve damage.

As you’re healing from an injury, don’t stop exercising (as long as your physician gives you the okay), but do rethink your workout. “If running hurts, you can get the same cardio benefits without all the pounding by swimming or doing the stairclimber instead,” Weiss says. Activity delivers oxygen and nutrients that aid your body in repairing itself. Plus, it improves your mood and helps you stay upbeat. And who knows? You just may discover a new exercise to add to your repertoire.

After being sidelined by a second foot injury, Dawn Nida finally began to focus on what she could do rather than on what she couldn’t. “I kept telling myself that not running for a month or two is worth it if it means I can keep running for the rest of my life,” she says. Dawn took up Spinning, yoga, swimming, and elliptical workouts instead. “I realized that these other activities made me more well-rounded,” she says. “Now that I’m healed, I still do them all, and it’s made me a much better runner. The injury really changed my way of thinking. I listen to my body more, and I’m stronger than ever.”

Minor aches and ouches during your workout are typically nothing to sweat about. Here’s how to recover fast from the three most common kinds.

The pain: Sharp and sudden

What to do: Stop exercising immediately. Let loose with a few expletives if you’re so inclined: Research shows that swearing helps block pain. Then try gentle stretching. If it’s just a muscle spasm, that should help relieve the ache, says Weiss. “If stretching makes it worse, it’s likely that you have a strain. You’ll need to change your workout so it’s pain-free or stop exercising altogether. To treat your injury, apply ice for 20 minutes several times a day.”

The pain: A dull ache or cramp that hits as soon as you start your workout

What to do: Keep going for two to three minutes and it will probably subside. This kind of pain often occurs early during exercise while your body limbers up. If the ache continues for more than five minutes, stop and rest that specific joint or muscle until you can exercise without pain, says Urso. To prevent cramping next time, warm up for 10 minutes instead of five. If pain early in your workout persists for two weeks, see your doctor.

The pain: An overwhelming ache late in your routine

What to do: As your body struggles to get rid of the lactic acid and carbon monoxide that build up during exercise, physical exhaustion can make you hurt. Reduce your intensity or pace. “If you’re maxed out, you need to stop,” Weiss says. Next time try tanking up on coffee first. Women in a study at the University of Illinois at Urbana-Champaign who consumed caffeine before a tough bout of cycling tolerated leg pain better than those who took a placebo. Caffeine blocks adenosine, a brain chemical that helps process pain.