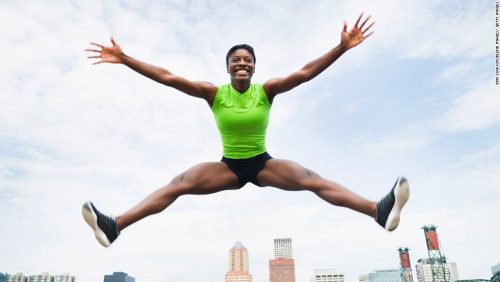 Glance around the gym, and you’ll probably see lots of people who are exercising in an attempt to shed pounds, tone muscle and look better. But numerous research studies have uncovered many other benefits to exercise — ones that aren’t necessarily visible from the outside. Here, some of the awesome ways exercise can benefit your mind, body and soul.
It zaps anxiety. Ever notice that you can start a workout feeling stressed and anxious, and end it feeling good? It isn’t in your head. Or, actually, it is: According to a new study from Princeton University, exercise appears to change the chemistry of the brain by causing the release of GABA, a neurotransmitter that helps quiet brain activity and minimize anxiety. The study found that people who ran regularly had a low reaction to stressful situations, even if they hadn’t run in more than 24 hours.
It boosts immunity. Regular exercise can reduce your risk of certain serious health conditions, including heart disease, diabetes and some cancers. It can also decrease your chances of developing — and getting stuck with — more common illnesses, such as flus and colds. (According to one recent study, colds lasted 43% longer for people who exercised once a week or less.)
It brings on better sleep. If you’re having sleep problems, skip the pills and hit the pool, track or spin studio. According to one study, people who exercised regularly for about 10 weeks reported sleeping better than they had previously. What exactly does “better” mean? In this case, it translated to dozing off faster and having a decreased need for sleep-promoting medication.
It decreases PMS. Women often report feeling irritable and bloated before their periods, but exercise appears to minimize these conditions. In a survey of nearly 2,000 New Zealand women, researchers found that those who exercised, rested and wrote in a journal about their symptoms fared better than those who took specific vitamins or followed other DIY advice.
It gets you in the mood. You may have heard that smelling the pheromones in sweat can make you want to get down and dirty — but that’s not the main reason exercise can lead to sex. For men, exercise can lower the risk of erectile dysfunction, and it gives both genders stamina and feel-good vibes about the body.
It strengthens the brain. Studies have found that working out can lessen the severity of memory problems in older adults, and even decrease the risk of diseases like Alzheimer’s. It can also have a positive benefit on the brain function of younger people. Research out of New Zealand shows that exercise improves executive function — the general brain processes that include planning, memory, reasoning, problem-solving and more.
It improves body image. After summarizing the effects of 57 separate studies, a group of researchers determined that exercise does indeed improve how you feel about your body.