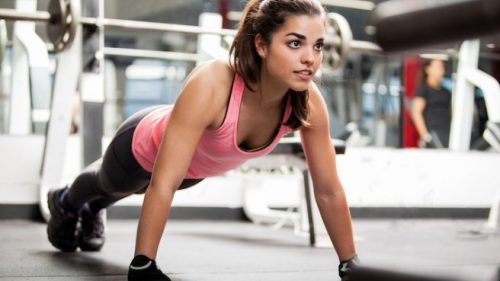 Got a Minute? Let’s Work Out

According to a lovely new study, a single minute of intense exercise, embedded within an otherwise easy 10-minute workout, can improve fitness and health.

This is good news for busy people who have tried, unsuccessfully, to fit even short workouts into their schedules. The overall time commitment for interval-training sessions is not quite as slight as many of us might wish. Consider, for instance, an interval session in which someone rides a stationary bike as hard as possible for 30 seconds, followed by four minutes or so of easy pedaling. If that person completes four of these intervals, with two or three minutes of warm-up and cool-down added at the beginning and end of the workout, the entire session lasts for almost 25 minutes, a time commitment that some people might consider unsustainable.

These concerns reached the laboratory of Martin Gibala, a professor of kinesiology at McMaster University in Ontario. He and his colleagues have conducted many of the most influential recent studies of high-intensity interval training, and many of the scientists there regularly exercise with interval training.

They, too, had noticed that interval-training sessions were not quite as truncated as some people hoped and had begun to wonder if it might be possible to lower the overall time commitment.

But if so, they wondered, how low could someone go in terms of time and still gain health and fitness benefits?

To find out, the McMaster researchers recruited a group of 14 sedentary and overweight but otherwise healthy men and women. They focused on these volunteers, because sedentary, overweight people often are on the cusp of serious health issues such as diabetes, which might be kept at bay with exercise, but sedentary people also often cite a lack of time as their reason for not exercising.

They invited the volunteers to the lab, where researchers took muscle biopsies and measured their aerobic endurance, blood pressures and blood sugar levels.

Then they asked the volunteers to complete a truly time-efficient, interval-training program using computerized stationary bicycles. Each session consisted of three 20-second “all-out” intervals, during which riders pushed the pedals absolutely as hard as they could manage, followed by two minutes of slow, easy pedaling. The riders also warmed up for two minutes and cooled down for three, for a grand total of 10 minutes of total exercise time, with one minute of that being the intense interval training.

The volunteers completed three of these sessions per week, leading to 30 minutes of weekly exercise, for six weeks.

Then they returned to the lab to be retested.

Their bodies were, it turned out, quite different now. The men and women had increased their endurance capacity by an average of 12 percent, a significant improvement. They also, as a group, had healthier blood pressures and higher levels within their muscles of certain biochemical substances that increase the number and activity of mitochondria. Mitochondria are the energy powerhouses of cells, so more mitochondria mean better endurance and fitness.

Interestingly, the male volunteers also had significantly improved their blood-sugar control, but the female volunteers had not. The researchers suspect that fundamental differences in how the genders burn sugar or fat to fuel exercise might affect how each responds to some aspects of interval training. But more research is needed with both men and women before scientists will be able to understand the import of this difference, Dr. Gibala said.

In the meantime, the message from the study that most of us will grasp at is, of course, that one minute of exercise is all you need. But Dr. Gibala would like people to remember that 10 minutes of overall exercise time is involved for a total of 30 minutes per week.

He also suspects that, with this study, scientists are plumbing the lowest limits of worthwhile exercise time. “We’ve dropped from 30-second all-out intervals to 20-second intervals,” he said, “because for many people those last 10 seconds were excruciating.” Most of us, however, can complete 20-second all-out efforts without wishing to cry, he said.

Halving the intervals again, however, to 10-second efforts, probably would mot provide the same benefits, Dr. Gibala said, although “maybe if you did more of them, it might work.” He and his colleagues are studying these and other questions related to interval training.

For now, relying on one minute of hard exercise to ease you through the holidays with your health intact seems feasible, he said. And the exercise does not need to be cycling. Sprint up stairs in 20-second bursts, he said, or even run hard in place. The point is that time constraints shouldn’t keep anyone from exercise. In the time it took to read this column, you could be done with your workout.