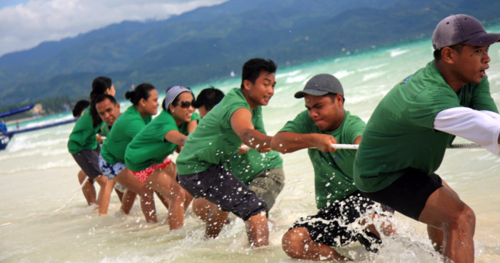 True, the founding fathers were probably pros at hot dog and watermelon eating contests, but Independence Day celebrations can be so much more. A big get-together is the perfect way to get outside and organize a group fitness activity. So whether the crowd’s up for hardcore tug-of-war or hiking a historic trail, we’ve got it covered with 12 ways to get active on July 4th this year. END_OF_DOCUMENT_TOKEN_TO_BE_REPLACED

Head to the gym in your scrunchie, stirrup pants, and Reebok Pumps this week to get you in the mood for our new FIT Radio DJ, CO1, and his new station, ‘Back in the Day!’ Featuring artists like Salt n Peppa, Beastie Boys, Madonna, Boyz II Men, Run DMC and more. These mixes will have you saying things, like “It’s the bomb!” and “Cool beans!” again in no time. CO-1’s long history of DJing makes him a perfect match for FIT Radio with all of the best 80’s & 90’s classics blended to take you ‘back in the day!’

DJ CO1 started his mixing career in Orange County, California back in 1996. In 2000, he partnered with DJ Drew from 102.7 KIIS FM (L.A.) and collaborated to produce multitrack mixes featured on-air. A few years later, KWNZ Program Director Eddie GO! brought DJ CO1 to the Reno market to debut on Z 93.7 as a “Friday Night Live” mixer and later contributing to the “Saturday Night Street Party.” After a couple of years in Reno, DJ CO1 relocated and now performs in the Las Vegas, Los Angeles, and Orange County areas. You can currently catch him on-air at Power 106 in Albuquerque, NM and on 98.5 KLUC in Las Vegas, NV. As Mixshow Coordinator atKLUC, DJ CO1 has played an essential role in music selection, maintaining mixshow consistency and contributing to station events. His on-air schedule is filled with a non-stop agenda performing seven days a week on #1 rated mix shows.

The history behind the name, people ask…”What does DJ CO-1 stand for?” – well, it is the acronym for deputy juvenile corrections officer 1. In his previous life, CO-1 worked and volunteered for multiple law enforcement agencies. Before his early retirement, a colleague suggested, “hey, if you keep djing and do radio you should keep the officer title since it has the word DJ in it…” so he did.