Water is essential to good health, yet needs vary by individual. These guidelines can help ensure you drink enough fluids.

END_OF_DOCUMENT_TOKEN_TO_BE_REPLACED

March marks the end of winter (hurrah!) and the beginning of spring—even if it doesn’t quite feel it yet. (You know, that whole in like a lion, out like a lamb thing?) But when it comes to our food, it’s an interesting month: You’ll find the tail end of winter produce is still available during early March, then later in the month, early spring produce makes its debut. Soon, you’ll be planting your garden and humming around the local farmers’ markets that’ll begin to spring back up on every corner (pun intended!). Until then, add these 10 ready-right-now fruits and veggies to your grocery list. (And, stock on these 10 Winter Vegetables, Fruits, and More to Buy at the Farmers Market—while supplies last.)

END_OF_DOCUMENT_TOKEN_TO_BE_REPLACED

Just like it helps to have an exercise plan in mind before you hit the gym, being prepared with the right pre-workout snack will keep you on track with your fitness regimen. Not sure what to eat to fuel up? The rules of eating before exercise can be confusing, so we asked nutrition pros for their go-to recommendations. From healthy carbs for an energy boost to protein for staying power, these expert-approved eats will help you maximize your workout.

END_OF_DOCUMENT_TOKEN_TO_BE_REPLACED

Drinking just one extra cup of water each day could seriously benefit your diet and add up to major calorie savings.

END_OF_DOCUMENT_TOKEN_TO_BE_REPLACED 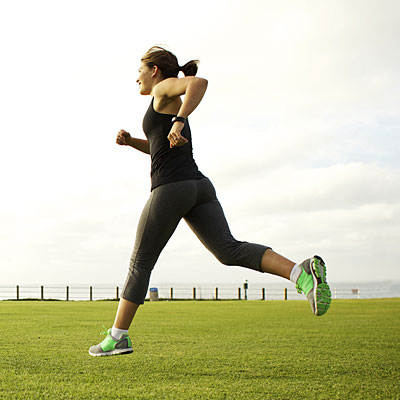 A Faster Metabolism at Any Age

You’d like to do something—anything—to speed up your metabolism, but it’s out of your control. Right? Not quite. Although genetics and your age both play a role, recent studies suggest you have plenty of say over how well your metabolism—which involves your body’s ability to break down food into usable energy—functions.

In fact, you can all but negate the metabolic slowdown that happens after 40 by tweaking your diet, exercise, and sleep habits. “Think of your body as an engine—your metabolism is the rate at which your engine runs,” explains Scott Isaacs, MD, an endocrinologist in Atlanta and author of Hormonal Balance: How to Lose Weight By Understanding Your Hormones and Metabolism. “By making adjustments to these three elements, you can actually make your engine rev higher.”

The eating and exercise plans on these pages were designed to keep your metabolism humming to the tune of up to 10 pounds off in 21 days. Read on for the keys to not only losing, but losing for good.
Key 1: Eat early
Your basal metabolic rate—the number of calories your body burns at rest—is based on things like age, height, and body type, so there isn’t much you can do to alter it. But there is a lot you can do to change the number of calories you burn above that, beginning with your diet. Specifically: Eat breakfast.

We already know the reasons you may not want to (you don’t have the time/energy/stomach for it), but leaving for work on an empty stomach is like hitting the pause button on your metabolism. Here’s why: When your brain senses your stomach is empty, it sends a message to your cells to conserve energy in case another meal doesn’t arrive. In other words, your body holds onto the fat stored in your cells instead of helping you burn it off.

Foods high in sugar and processed carbs, on the other hand, can lead to another problem: insulin resistance. “As we get older, it’s crucial to pay attention to how much sugar we’re consuming,” says Diane Kress, RD, author of The Metabolism Miracle. “Too much messes with your metabolism by causing your body to store extra calories as fat.”

Key 3: Sweat off the weight
Even more important? Exercise. “Not only does it affect your metabolism while you’re doing it, but research shows you can keep burning calories up to 24 hours after you finish because your metabolism stays elevated,” Dr. Isaacs says.

That’s especially true if you challenge yourself: A new study in the journal Cell Metabolismsuggests that intense bouts of exercise can “turn on” genes responsible for energy metabolism. Researchers found that the activation of these fat- burning genes was higher in cyclists who pedaled at 80 percent of their aerobic capacity versus those who did a more moderate cycling session at 40 percent. So although you can’t permanently change your DNA (if only!), experts say exercise can fire up certain genes that initiate the fat-burning process.

Exercise is particularly helpful once you pass the age of 40, when your metabolism naturally begins to slow down. Experts used to believe it slowed due to an inevitable loss of muscle mass. However, a study in the journal The Physician and Sports Medicine found that fit women ages 41 to 81 who continued to exercise four to five times a week as they got older had little change in body composition. The real reason you lose muscle with age? You stop using it. “We now know that women who keep up a regular vigorous fitness routine don’t experience the metabolic decrease,” Dr. Isaacs says.

Key 4: Sleep away the pounds
No, it’s not your imagination. Too little sleep can cause you to gain—and not just because you’re spending those extra waking hours in front of the TV nursing a bag of chips. Research suggests that people who sleep two-thirds of their usual amount (five hours instead of eight, say) eat an average of 549 extra calories the following day without realizing it. Experts believe this is because too few zzz’s upset the balance of important appetite-regulating hormones.

But that’s not all: A Swedish study found that even one night of disrupted sleep can cause the body to burn up to 20 percent fewer calories the following day. “Sleep deprivation impacts multiple hormones related to metabolism,” Dr. Isaacs says. “Resistance to leptin—a hormone that regulates body weight—increases, while levels of ghrelin, a hormone that signals to your brain that you’re hungry, also increase.”

Aim for seven to eight hours of pillow time a night, advises Dr. Hyman. “Just a small change in your sleep schedule can make a big difference in your health.” Not to mention your ability to burn calories.