It happens to the best of us: Thanksgiving rolls around and we enjoy the holiday dinner a little too much.If you find yourself in this situation this year, you don’t have to suffer through the aftereffects. Here are some things you can do the day after Thanksgiving that will help you feel better—plus some tips for getting your diet back on track for the rest of the holiday season. END_OF_DOCUMENT_TOKEN_TO_BE_REPLACED 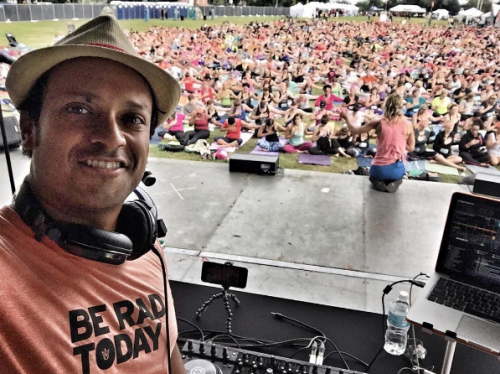 At Fit Radio, we have been focused on bringing more styles of yoga music into the app – allowing you to focus on your practice. Thanks to DJ Taz Rashid, this task just got a whole lot easier!

DJ Taz Rashid is a touring DJ who plays at Yoga & Music festivals around the world – bringing more variety to the Yoga station on Fit Radio, including themed mixes like “Vinyasa Flow-World Music”, “Rock Music”, “Core Power”, and more.  END_OF_DOCUMENT_TOKEN_TO_BE_REPLACED 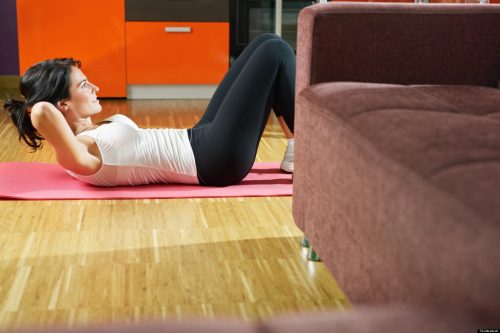 You’re not imagining it. Winter is coming. Now, there’s no daylight when your alarm clock goes off, you will log more miles than you’d like to count on the “dreadmill”, and — duh — it’s getting really cold out there. We’ve rounded up our favorite calorie-busting workouts that can be done indoors to get through these long weeks of winter. And who knows — you might even find a workout you’ll want to do all year long.

END_OF_DOCUMENT_TOKEN_TO_BE_REPLACED 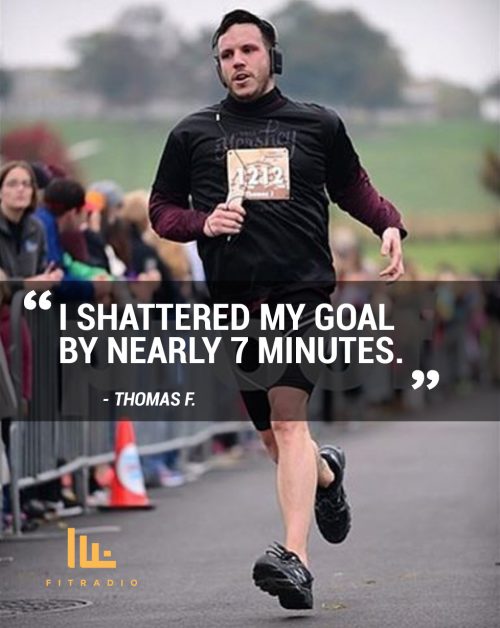 Thomas F. is a long-time fitness advocate. He was introduced to Fit Radio and has been using the app to shatter his fitness goals ever since.  END_OF_DOCUMENT_TOKEN_TO_BE_REPLACED

Science says go for it.

Bigfoot. The deadly combo of Pop Rocks and cola. Uncontrollable holiday weight gain. Turns out, not even that last one was ever real.

When National Institutes of Health researchers looked into the oft-repeated claims that most people pack on five or more pounds between Thanksgiving and New Year’s (some estimates have gone as high as 10!), they found the actual average gain was less than a pound.

“The concerns are very exaggerated,” says Traci Mann, Ph.D., author of Secrets from the Eating Lab. “Yes, your scale might show a temporary blip, but it’s unlikely you’ll move up to a higher weight and stay there unless you start and maintain a new habit.”

Data published in the Journal of Consumer Psychology earlier this year found that designating a weekly cheat day (in science-speak, planned hedonic deviation) improves people’s ability to stick to a healthy eating regimen in the long run. (Sweat towards your weight-loss goals with these moves from Women’s Health’s Look Better Naked DVD.)

The key word here? Planned. Spur-of-the-moment splurges can set in motion what University of Toronto researcher Janet Polivy, Ph.D., has dubbed the “what-the-hell effect”: You feel like you’ve already blown it, so why not chow down?

“You don’t want to be heavily restrictive about what you eat during the holidays, nor do you want to go overboard to the point of discomfort,” says Mann.

Use the novel cooking tips that follow to make the feast less of a beast. (See ya, belly bloat.)

Get a head start on starch.

Cooking and then cooling potatoes, pasta, and rice converts some of their carbs into what’s known as resistant starch, a fiber-like substance that your body can’t digest. As it passes through your system, it occupies space in your stomach, filling you up. Besides helping you feel sated, one study showed that replacing just over 5 percent of a meal’s carbohydrates with resistant starch increases fat burning by about 20 percent. So at least 12 hours before the big meal, cook any potato, pasta, or rice dish you plan to serve. The effect persists even when you reheat, so you’ll save both time and calories at your dinner.

Make over your mash.

Once you’ve cooked the spuds ahead, lighten them more by using a contraption called the Smood ($25, dreamfarm.com). Its shape—a cross between a whisk and a plunger—is perfect for making fluffy potatoes without cream or butter. Other handheld mashers require a lot more elbow grease and still leave chunks behind, but this tool forces potato between gaps in the coil to iron out lumps.

Be a bread winner.

If you want to indulge in white bread on your cheat day rather than the more blood-sugar-friendly wheat, try this: Freeze it, then pop it in the toaster. That will lower its glycemic index (a measure of how quickly a food spikes blood glucose) by nearly 50 percent, according to a study in the European Journal of Clinical Nutrition. Researchers suspect the two-step process changes the structure of the starch molecules in bread, leading it to behave more like a complex carb (those good-for-you whole grains) than a simple one (the nonfilling, fast-digesting, refined baddies). Result: fewer blood-sugar roller-coaster rides that promote cravings.

Canned food = processed food. And the more processed a food, the faster your body can turn it into glucose, a.k.a. sugar. Biologists at Pomona College served calorically identical meals, but gave one group food made with processed ingredients while the other group was served whole foods. When they measured diet-induced thermogenesis—the additional calories burned when eating and digesting—in the hours afterward, it was nearly 50 percent higher in the group that ate the unprocessed meal. Swap canned green beans for fresh, and store-bought fried onions for caramelized ones or toasted nuts, which provide the same crunch but have healthier fats. In sweet potato casserole, nix the marshmallows and top with a mixture of fat-free Greek yogurt, honey, chopped mint, toasted walnuts, and a pinch of salt, suggests chef Isaac Bancaco of the Andaz Maui at Wailea Resort in Hawaii.

This article was originally published in the November 2016 issue of Women’s Health, on newsstands now.

These aren’t your average lunges.

Lunges are a fantastic compound exercise to target your legs and glutes, but if you rely on the same movement to work your lower body in every workout, you might be hampering the butt-strengthening benefits of the exercise. You can avoid this by mixing in different lunge variations, explains David Juhn, CPT, personal training manager at Life Time Athletic at Sky in NYC.

“The body can adapt to same sequence of exercise over time,” says Juhn. “It’s important to constantly challenge our bodies with different movements.” Changing things up can help avoid fitness plateaus, whether your goal is to gain strength or lose fat.

Plus, many lunge variations incorporate other fitness benefits, including twists that work your core and plyometric jumps that jack up your heart rate. “[Variations] can turn normal mundane workout to dynamic and challenging routines,” says Juhn. Here are seven amazing ones that will make your regular lunge envious.

Step Up With Reverse Lunge

This variation adds in an abs challenge, and the jump will raise your heart rate for a cardio boost, too.

“[This is a] fun way to incorporate abs and balance work while doing a lunge,” says Juhn.

This plyometric exercise uses ~explosive~ power to raise your heart rate and incorporate some extra cardio into your workout.

This variation is especially great for targeting your hips, too.

This compound exercise works both your lower and your upper body at the same time, explains Juhn.

When most people think of running, they chalk it up in their minds to be this huge ordeal in which they should be huffing and puffing, bent over with hands on knees at every stop light, and drenched in sweat about 30 seconds in – sound familiar? In fact, this is the experience that a lot of people have. Why? Because they’re basically going out for a sprint, not a run.  END_OF_DOCUMENT_TOKEN_TO_BE_REPLACED